You are here: Home / Raccoons / What Are the Different Types of Raccoons?
Tweet 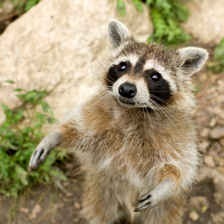 The photogenic and endearing but often destructive raccoons are members of a group of small animals related to dogs and bears. Except for an animal known as the red panda, all of the members of the raccoon family are native to North or South America. All of the raccoons originated in locations where there are trees. The relatives in the raccoon found in South and Central America include the olingos, kinkajous, cacomistles, and coatis.

There are seven species of raccoons in various locations from Alaska to Argentina, but the only raccoon commonly encountered as a pest is the North American raccoon, Procyon lotor. This raccoon is found throughout the United States and Mexico and in subarctic Canada. It has also been introduced to Germany and Japan.

The Eastern raccoon, is the raccoon most commonly found from Nova Scotia and New Brunswick in Canada south and west through New England and New York through American’s mid-Atlantic states to Ohio, Kentucky, and eastern Tennessee. It is a relatively small, dark raccoon with black and gray fur on its back and its mask is surrounded by broad, off-white lines.

Eastern raccoons often carry ticks that can transmit Lyme disease. They can catch and transmit Salmonella, Campylobacter, and Yersinia infections when they feed on human garbage. All of these infections cause severe diarrhea in humans.

The Chesapeake Bay raccoon, is found in coastal marshes in Maryland and Delaware. It has a much grayer coat than the Eastern raccoon found inland from the Bay, and it has especially coarse hair. When the Bay and surrounding marshes are not frozen over, it prefers to feed on clams, small fish, small snakes, and frogs.

The Florida raccoon, is found on the peninsula of Florida and in southern Georgia. It has been introduced to Grand Bahama Island in the Bahamas. This raccoon has a rusty patch on its neck and far fewer teeth than its Georgia neighbor. Its sinuses are usually inflated, giving its face a humped appearance.

The Matecumbe Bay raccoon, is found in the Key Largo islands near Miami. It has an especially small mask and especially gray fur.

The Key Vaca raccoon, is found on one of the Florida Keys nearest the coast of South Florida. It is a very small raccoon with light gray fur. It sometimes travels along the bridges connecting the Keys to mate with Procyon lotor incautus, the Torch Key raccoon, which is even smaller. The Torch Key raccoon is native to the islands closest to Key West, the southernmost point in Florida. The Ten Thousand Island raccoon, Procyon lotor marinus, occupies a small part of the Everglades appropriately known as Raccoon Key. It lives in the roots of mangroves, abandoning its home during high tide.

The Alabama raccoon, ranges across a large part of the American South, including Alabama, western Georgia, Mississippi, western Tennessee and Kentucky, Arkansas, and Louisiana. This small raccoon is the object of traditional “coon hunts” in the South. It has yellowish hair on its back and neck and reddish brown fur in the middle of its mask. The Mississippi Delta raccoon, Procyon lotor megalodous, in southern Louisiana, has fur that is even more strikingly yellow than that of its nearby cousins. In this subspecies, “country raccoons” that feed on other animals are much more likely to carry parasites than “city raccoons” that feed on mostly cooked food thrown into the garbage.

Unlike other raccoons in southerly locations, Procyon lotor fuscipes, the Texas raccoon, can grow to the size of a small to medium dog. It has jet black hair on its mask. This unusually social raccoon ranges from Texas south to northern Mexico and east to western Louisiana. It is found in all of Texas except the extreme north and west. Unlike most other raccoons, this raccoon is social. It does not drive young out of the nest, and groups of up to 10 raccoons may join forces to eat entire fields of corn (the writer of this article once had a 2-acre field of corn stripped of every single ear) or overturn all the garbage cans in a neighborhood.

Texas raccoons are especially social during drought. When they congregate around water supplies, they are prone to transmit disease-bearing lice to each other.

And the Upper Mississippi Valley raccoon, Procyon lotor hirtus, is another exceptionally large raccoon with a buff coat that has colonized the American Midwest (Illinois, Indiana, Wisconsin, Minnesota, Iowa, Missouri) and Plains States (North Dakota, South Dakota, Nebraska, Kansas, and Oklahoma) and is now spreading through central Canada. Its primary difference from the Texas raccoon is its thicker, denser coat, protecting it from harsh winters. Of all the raccoons in North and Central America, this raccoon has the greatest range. Male Upper Mississippi Valley raccoons may travel as far as 10 km (over 6 miles) from their dens to look for food.

The Upper Mississippi Valley raccoon travels exceptionally long distances to find new territory. Wildlife scientists in Minnesota have tracked individuals that have traveled as far as 250 km (160 miles) in search of new habitat. These raccoons do not, however, have a homing instinct like dogs or cats. If they are captured and released more than 10 km (6 miles) from their home territory, they will not attempt to return to it.

In 1945, an air strike on a fur farm in eastern Germany resulted in the escape of 25 raccoons. Naturalists estimate there are now between 200,000 and 400,000 raccoons in Germany, 70% of them carrying roundworm parasites that can be transmitted to humans. In the city of Kasel in western Germany, up to 45% of vacant houses are occupied by raccoons.

Raccoons were intentionally released into the woods by Soviet-era officials in Belarus, Russia, and Azerbaijan. These populations are in the tends of thousands now. A wildly popular 1977 anime film in Japan entitled Rascal the Raccoon resulted in the importation of thousands of raccoons. Many of them were released into the wild and raccoons are now found all over Japan and are a serious public health concern.

Different types of raccoons carry very different risks to human health. The ability to trap raccoons to control their population, however, mostly depends on the size and intelligence of the raccoon rather than its type. 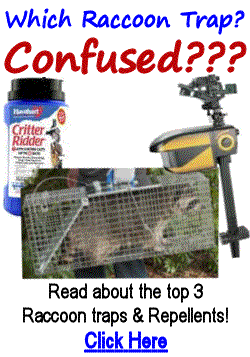